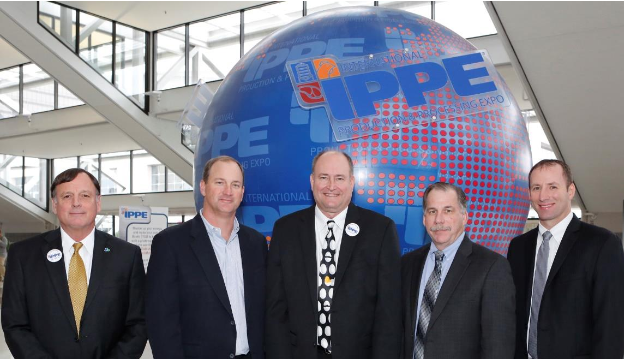 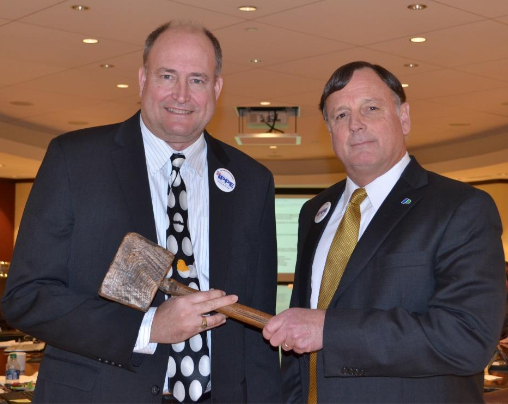 Greg Hinton, vice president of sales,Rose Acre Farms,Seymour, Indiana,was elected chairman of the board of directors of U.S. Poultry& Egg Association (USPOULTRY). The board meeting was held during the International Poultry Expo, part of the 2020 International Production & Processing Expo. He previously served as vice chairman. Hinton was presented with the time-honored “working man’s gavel” by John Prestage, 2019chairman.

A native of Indiana,Hinton attended Indiana University and Purdue University. He has served the poultry industry in various capacities on boards and committees,including the Indiana State Egg Board, USA Poultry & Egg Export Council,International Egg Commission, United Egg Producers, Indiana Farm Bureau and the American Farm Bureau. Hinton serves on the Executive Committee and Long-Range Planning Committee for Rose Acre Farms an dhas been with the company for 40 years.

Mike Levengood, Perdue Foods, Salisbury, Maryland,was named vice chairman. Levengood is a graduate of Penn State University where he obtained a BBA in Agriculture Business Management. He has served the poultry industry in various capacities, including past chairman of the National Chicken Council Growout Committee. He joined Perdue in 1984, where he has held a variety of senior level positions. He is currently vice president, Chief Animal Care Officer and Farmer Relationship Advocate for Perdue Foods.

Mikell Fries, Claxton Poultry, Claxton, Georgia,was named treasurer. Fries is a graduate of Georgia Southern University where he obtained a degree in business management. Before assuming Claxton’s head operational role, he spent several years in senior positions overseeing sales and marketing. He has served the poultry industry in various capacities, including serving on the board of directors for the Georgia Poultry Federation and Norman W. Fries, Inc. He is currently president for Claxton Poultry.

John Prestage, senior vice president, Prestage Farms, Clinton, N.C., is immediate past chairman. A native of North Carolina, Prestage graduated with a BS in Animal Science from North Carolina State University. He has served the poultry industry in various capacities on boards and committees, including the North Carolina Poultry Federation and the National Turkey Federation. Active in his community, he serves on local school and college foundation boards. He has been with Prestage Farms since the company’s inception in 1983.

“I look forward to the leadership and guidance these officers will provide ourorganization,” remarked John Starkey, president of USPOULTRY.