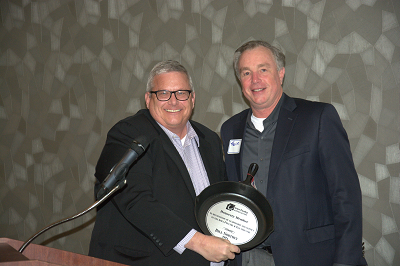 The award is presented to those who have shown leadership and service in the poultry and egg industry. During the 2020 pandemic, the IPA office was in ongoing communications with USDA Undersecretary Northey’s office.

“Secretary Northey was an invaluable resource to our industry during the pandemic, and during the 2015 high path avian influenza as Secretary of Agriculture in Iowa, stated Kevin Stiles, executive director of IPA. We consider him a friend of the flock, and this recognition is well deserved.”

“I am honored to receive this award from IPA,” said Northey. “Iowa’s egg and poultry industry is something all Iowans can be proud of, and I’m thankful to have helped the industry.”