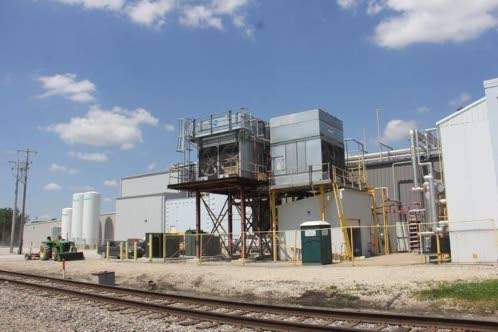 Jamaica Broilers seems a shoo-in to acquire the Simple Essentials facility in Charles City, Iowa, in the United States. The company operated a chicken plant in Charles City until August of 2019 when it shut the factory down. When Simply Essentials closed, 500 jobs were reportedly lost, and the factory has sat vacant for nearly two years.

However, a report published last week in the Globe Gazette newspaper in Iowa, said an auction of the entity’s facilities was contested by Wincorp International, a producer of agricultural equipment primarily focused on poultry based in Medley, Florida, and is owned by The Jamaica Broilers Group of Companies. The article said Wincorp placed a contesting bid for the entity for US$10 million. That bid was contesting one from another company, Pure Prairie Farms which had a US$9.5-million bid accepted by the trustee, Larry Eide of The Law Offices of Pappajohn Shriver Eide & Nielsen P C in Mason City, Iowa, who filed a motion for the sale of Simple Essentials’ real estate and equipment.

The report said Eide had accepted the previous offer by the time Wincorp’s bid was placed. However, it is understood that Wincorp contested the sale in front of a judge on the grounds of being able to pay more. The JamaicaObserver understands that the Wincorp bid was the only one that was offered when the judge considered the matter. Efforts to get a comment from Wincorp’s parent company, the Jamaica Broilers Group, proved futile.

If Jamaica Broilers is successful as expected, it will be up to them to decide when the plant will be back up and running. The city is, however, hoping it will be reopened before the end of this month.