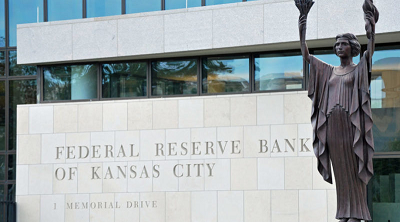 by: Nathan Kauffman and Ty Kreitman

Smaller sized loans limited agricultural lending activity at the end of 2021. According to the Survey of Terms of Lending to Farmers, non-real estate agricultural loans at commercial banks decreased by 13% in the fourth quarter and the yearly average was the lowest since 2012. The decline was driven by a sharp drop in operating loans and lending at banks with the largest farm loan portfolios. Despite an increase in the number of all types of loans, the average size of all non-real estate and operating loans was more than 20% and 30% less than a year ago, respectively. Loan sizes decreased considerably at lenders of all sizes, but the number of loans increased notably at small and mid-sized lenders and decreased at banks with large agricultural portfolios.

Broadly, conditions in the agricultural economy remained strong through 2021 and continued to support farm finances. Despite intensifying concerns about rising input costs impacting producer returns in the coming year, commodity prices remained elevated and supported profit opportunities through the end of the year. Higher costs are likely to put upward pressure on demand for credit, but strong farm income and working capital could also supplement financing for some borrowers.

Fourth Quarter National Survey of Terms of Lending to Farmers

Farm lending activity dropped sharply at the end of 2021 and the average volume of non-real estate loans during the past 12 months nearly reached a ten-year low. Total non-real estate farm loans decreased about 13% from a year ago and, on a rolling four quarter basis, dropped to the lowest level since 2012 (Chart 1, left panel). The decline in lending in the fourth quarter was driven by a sharp reduction in average size of loans that offset an increase in the number of loans (Chart 1, right panel).

The number of new loans at small and mid-sized lenders increased considerably while most of the decline in loan volumes was among large lenders. The number of loans made by banks with the smallest farm loan portfolios grew more than 35% from a year ago, but the average size of those loans was nearly 30% lower (Chart 2). The decline in loan size among the largest lenders was less pronounced, but those banks also made fewer loans and accounted for nearly all of the decline in total non-real estate lending.

With a higher number of smaller loans, the composition of lending shifted away from large loans. The volume of loans greater than $100,000 decreased nearly 20% from a year ago, while the volume of all other loans increased almost 15% (Chart 5). The shift in the distribution of lending towards smaller-sized loans was a noticeable swing from recent years.