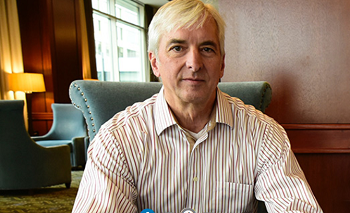 A genetic technique which could help improve predictions about the virulence of infectious bursal disease (IBDV) has identified pathogenicity in seven new strains of the virus which causes an immunosuppressive condition.

Isolates were collected from broiler and pullet flocks showing signs of the disease by Daral Jackwood, PhD, Professor at Ohio State University and his team, primarily from Pennsylvania and Ohio but with some in the Midwest, Southeast and California.

The new strains were tested in specific-pathogen-free pullets, with the effects compared to those of a known pathogenic isolate found in Georgia several years ago. There were some unexpected observations, with two of the strains causing no bursa lesions or bursa/body  weight changes at 4 days following inoculation, even when the quantity of virus used was equal among the strains. By 7 days, all the IBDV infections resulted in signs associated with significant immune suppression.

“If you’re going to study the pathogenicity of these isolates, you really need to take samples at multiple times beyond the 4-day period so that you can see that there is actually some damage occurring,” Jackwood explained. “Otherwise, we would have concluded that two of the isolates were not pathogenic. But in fact, they really were.”

Analysis of amino acids in a specific protein, known as VP2, identified markers that correlate  with virus pathogenicity.

“I think as we see more and more of these samples, and  do more in vivo studies, that we’ll be able to show this more clearly,” he said. “But as of right now, it looks as though the molecular diagnostics correlates very well with pathogenicity in these variant strains.”

Identifying the genetic factors involved in pathogenicity of a virus strain is more complicated than classifying its antigenic characteristics, Jackwood continued, and more sequencing will be required to identify the molecular characteristics that control pathogenic processes of the most virulent strains.

The genetic analysis technique used in the research shows promise, Jackwood said, as not only has it identified risk markers, but it offers a cheaper alternative to current methods of assessing the effects of viral strains in vivo. The next step is to complement the genetic work by determining titers of the variant strains in eggs.

“The EID 50 titers in eggs seem to be varying by isolate because some of the isolates seem to replicate better in the eggs than others. It’s going to be interesting to see how all that compares with the molecular testing,” he said.

Once a variant strain is identified and shown to be pathogenic, Jackwood said the next step is to control that virus and stop immune suppression. Specific mutations of IBDV are being found in different parts of the country, he explained. In some cases,  strains identified in one state have appeared elsewhere, while there have also been strains identified that are unique to a geographic region. Such developments can have an impact on vaccine efficacy, he said.

“There are some mutations that have come up within the last 5 or 6 years. They’ve been very unique from a standpoint that we haven’t really seen those combinations of mutations in viruses before. And those viruses are breaking through maternal immunity to what has been created by conventional vaccines,” he said.

Farmers facing problems with vaccination programs due to variant virus strains should try an autogenous vaccine in their breeder flock, Jackwood suggested.

“Let’s get the maternal antibodies at least protecting against this strain, so that it’s not breaking through early and causing a permanent immune suppression,” he added.