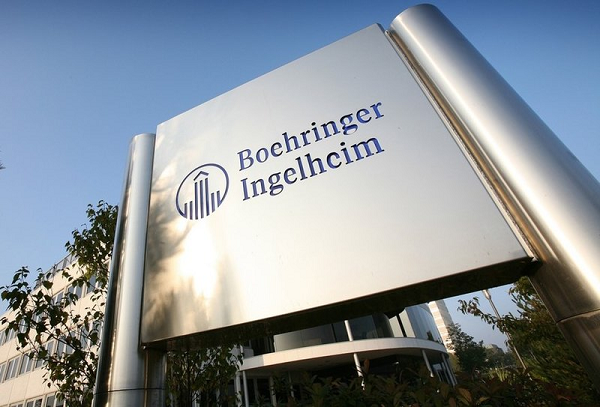 Boehringer Ingelheim U.S. Animal Health today announced that its poultry vaccine site in Gainesville, Ga., has received carbon neutral certification, the first of its U.S. sites to earn this designation. The site, which produces nearly 60 billion poultry vaccines every year, is Boehringer Ingelheim’s first major manufacturing facility site in the U.S. and its third site globally to become carbon neutral.

achievement inspires our entire worldwide team as we make progress toward our goal to become carbon neutral in all company operations by 2030 (Scope 1 and Scope 2).”

The Gainesville site has been working toward more sustainable operations since 2017, when they noticed emissions were equal to more than 1,000 homes. Electricity is one of the biggest emission producers onsite, so the site team purchased green electricity from Georgia Power to help power the site in a more sustainable way and eliminate nearly 80% of carbon emissions.

To reach carbon neutrality status, the site team made additional changes that included:

To offset the few remaining carbon emissions, the company purchased environmental project carbon credits from Climate Seed. Employees at the site chose to invest in the Noles South Avoided Conversion Forest Project in North Carolina and a reforestation project in Kasigau Corridor in Kenya.

“We are excited that the updates we’ve implemented at this facility and the support from our employees have earned us the certification for carbon neutrality,” said Andy Brehm, Site Director at the Boehringer Ingelheim Gainesville facility. “It’s important to us and everyone at the site that we work toward a more sustainable future, for our communities and the people and animals we serve.”

“This move to carbon neutrality helps protect the environment we live in,” said Lara Sheeley, head of the U.S. swine and poultry divisions at Boehringer Ingelheim Animal Health. “And when the environment is healthy, people and animals are healthier.”

Boehringer Ingelheim sites across the U.S. are making significant process toward carbon neutrality as part of Boehringer Ingelheim’s Sustainable Development for Generations initiative. The site at St. Joseph, Mo. operates on wind energy. In North Brunswick, N.J., the site has purchased green power. In Barceloneta, Puerto Rico, the site will use natural gas to generate electricity, which will create steam and hot water that can be used in everyday operations. The U.S. Corporate and Human Pharma headquarters in Ridgefield, Conn., runs on renewable energy.

About ‘Sustainable Development – For Generations’

Boehringer Ingelheim operates to serve the needs of human and animal health. This makes the company’s position unique in addressing intersecting sustainable development challenges. The ‘Sustainable Development – For Generations’ framework has three pillars: ‘More Health’, ‘More Green’ and ‘More Potential’. Through these pillars, Boehringer Ingelheim implements 20 initiatives around the

globe to drive the company’s contributions and impact. These are in alignment with the United Nations Sustainable Development Goals. To succeed in reaching these goals, the company has renewed its committed approach to working in partnership, calling for the multi‐stakeholder collaboration needed to tackle complex global challenges.

Boehringer Ingelheim Animal Health is working on first‐in‐class innovation for the prediction, prevention, and treatment of diseases in animals. For veterinarians, pet owners, producers, and governments in more than 150 countries, we offer a large and innovative portfolio of products and services to improve the health and well‐being of companion animals and livestock.

As a global leader in the animal health industry and as part of the family‐owned Boehringer Ingelheim, we take a long‐term perspective. The lives of animals and humans are interconnected in deep and complex ways. We know that when animals are healthy, humans are healthier too. By using the synergies between our Animal Health and Human Pharma businesses and by delivering value through innovation, we enhance the health and well‐being of both.

The importance of proper turkey nutrition