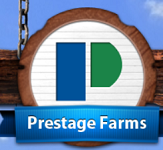 A pork and poultry company is investing millions in a new facility in the Midlands, which is expected to create nearly 300 new jobs.

On Thursday, Prestage Farms of South Carolina, announced plans to construct a new processing facility in Kershaw County, according to a news release from the office of Gov. Henry McMaster.

The $150 million investment will create 292 new jobs, according to the release.

“Prestage Farms of South Carolina, LLC’s decision … is a huge win for Kershaw County and the entire Palmetto State,” McMaster said in the release.

The new facility, located at the Governor’s Hill Industrial Park in Camden, will be the company’s second facility in the county, according to the governor’s office. The new operations will process poultry products using “state-of-the-art technology and high levels of automation,” that will increase sanitation and the shelf life of products, according to the release.

The facility is expected to be completed by the end of 2022, when hiring is expected to begin, the South Carolina Department of Agriculture said. The jobs were called “high paying,” by Kershaw County Council Chairman Julian Burns.

Those looking for more information on applying should visit readySC.

The pact between Prestage Farms, Kershaw County, and the state is the county’s largest investment announcement since the 1960s, according to Burns.

“Today marks the payoff of four years of investment in our workforce and in our industrial sites to grow and attract new business,” Burns said in the release.

The Coordinating Council for Economic Development approved job development credits related to the project, according to the release. The Council also awarded Kershaw County a $1.2 million Set-Aside Fund grant to assist with related project costs, the governor’s office said.