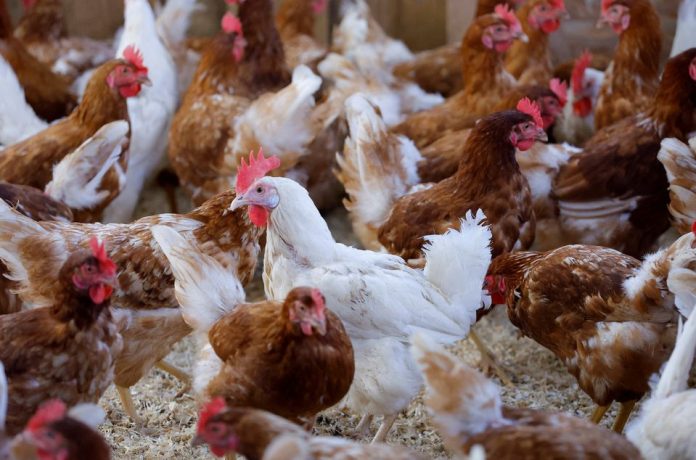 Researchers at Michigan State University are working on a rapid testing cell phone method to detect bacteria on poultry that causes human illnesses such as infections from Salmonella and Campylobacter.

Led by Evangelyn Alocilja, a professor in the MSU Department of Biosystems and Agricultural Engineering, the research team’s work is being funded by a grant from the USDA’s National Institute of Food and Agriculture’s Food Research Initiative. The grant is for $769,000.

Alocilja said if the researchers can troubleshoot problems before the products leave farms and processors, that would go a long way to improving food safety.

The researcher said previous studies have shown poultry products are one of the most common sources of human infection because of bacterial contamination from farm production practices and processing equipment.

According to the USDA Economic Research Service, the U.S. economic burden of Salmonella and Campylobacter from all sources exceeded $6 billion in 2018.

Currently it takes days to weeks for culture testing to identify bacteria on poultry, according to Alocilja, and some modern rapid tests are extremely expensive and require training. The goal, she said is to create rapid tests that are inexpensive and accessible, and easy enough to use that people from many different industries can implement them.

Alocilja, whose work is also supported by MSU AgBioResearch, is a world-renowned expert in rapid biosensing diagnostics for infectious and antimicrobial-resistant diseases, having developed such tests for tuberculosis, dengue and COVID-19.

The project is a partnership between MSU and Tuskegee University. Tuskegee’s contributions will be led by Woubit Abebe, a collaborator on previous projects with Alocilja. She is a professor and director of Tuskegee’s Center for Food Animal Health and Food Safety.

For this project, the team’s objectives are to optimize Alocilja’s existing biosensor technologies for Salmonella and Campylobacter, develop a cell phone-based application that captures and analyses data from the test and validate the process at several poultry farms and processing facilities.

Preliminary results showed the biosensor was able to detect genomic DNA of foodborne pathogens in roughly an hour.

“We want to ensure that food is safe while also helping processors get their products into the hands of consumers quickly,” Alocilja said.

Alocilja plans to use her role as founder of the Global Alliance for Rapid Diagnostics to reach colleagues around the world with information from the research project.

The project is a partnership between MSU and Tuskegee University. Tuskegee’s contributions will be led by Woubit Abebe, a collaborator on previous projects with Alocilja. She is a professor and director of Tuskegee’s Center for Food Animal Health and Food Safety. Alocilja said her engineering expertise combined with Abebe’s background in veterinary medicine makes for a unique partnership aimed at human health and food safety.