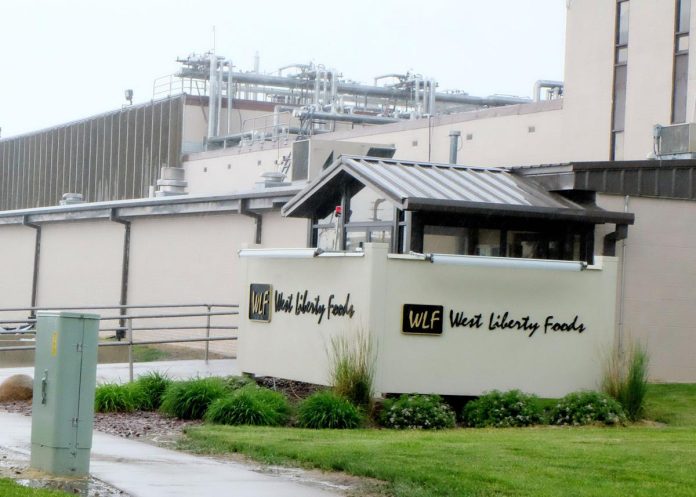 West Liberty Foods plans to build a new plant and offer its current 23-acre facility to the city in exchange for public financing.

Officials told the city council the company has outgrown the facility that has served as its home since 1943.

West Liberty Foods raises about five million turkeys annually. Iowa ranks seventh in turkey production, and West Liberty Foods provides 40% of the turkeys produced. The West Liberty plant employs about 900 workers, a number that would increase to 1,100 with the new plant. An estimated 393 residents of West Liberty work at the plant, which makes about $659 million annually and has about a $55 million payroll.

West Liberty Foods president Brandon Achen said the company is looking at several 25-acre lots in and near West Liberty that could be used to construct the new facility, which would be about 200,000 square feet. Construction is expected to take 18 months.

“We intend for it to be close to the city of West Liberty so our team members are able to easily get to work in case they need to go by foot,” Achen said.

The council approved supporting West Liberty Foods’ bid for the USDA grant. The deadline to apply is May 11.

Once the grant money is secured, the company will look into additional ways to offset the cost of the new facility. Achen said there has been no discussion to date about a tax-increment-finance district, but the company would ask for some financial assistance to construct the new facility.

Brian Melhus, general counsel for West Liberty Foods, gave a presentation on the plan. He said the company’s goal is to create the “greenest and cleanest” protein facility in the world. He said the plant is currently working to become carbon neutral and the new plant would use an anaerobic digestion process to turn methane created from the turkey production into power. The new plant will include solar panels and a wind turbine to provide green energy.

The project has been in the works for about 10 years.

“We are at a crossroads as a company,” he said. “Our biggest challenge right now is that we have an aging plant downtown. It makes continued growth in that location impractical.”

He said there would be many benefits for West Liberty, including increased property values and reducing the wear on streets inside the city from industrial traffic.

Melhus said the hope is to afford the new facility by increasing production. There will be an increase in the number of jobs at the plant, but the number of difficult or hard-to-do jobs will decrease due to increased automation.

During the discussion, Melhus asked people attending the meeting to give ideas of what the city could do with 23 acres in the heart of the city. Some of the ideas included new businesses, park areas and new residences.