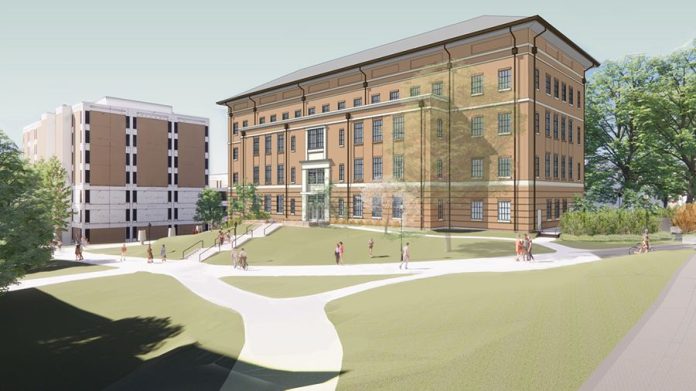 In 1958, a carpenter named LC Powers built himself and his wife, Ruby Nell, a broiler house on their family’s land in northeast Georgia. The chicken house could hold 10,000 chicks, but there was barely enough electricity to power a few light bulbs in the open-sided building. The feeders were built out of wood, and the chickens drank their water from an open trough. 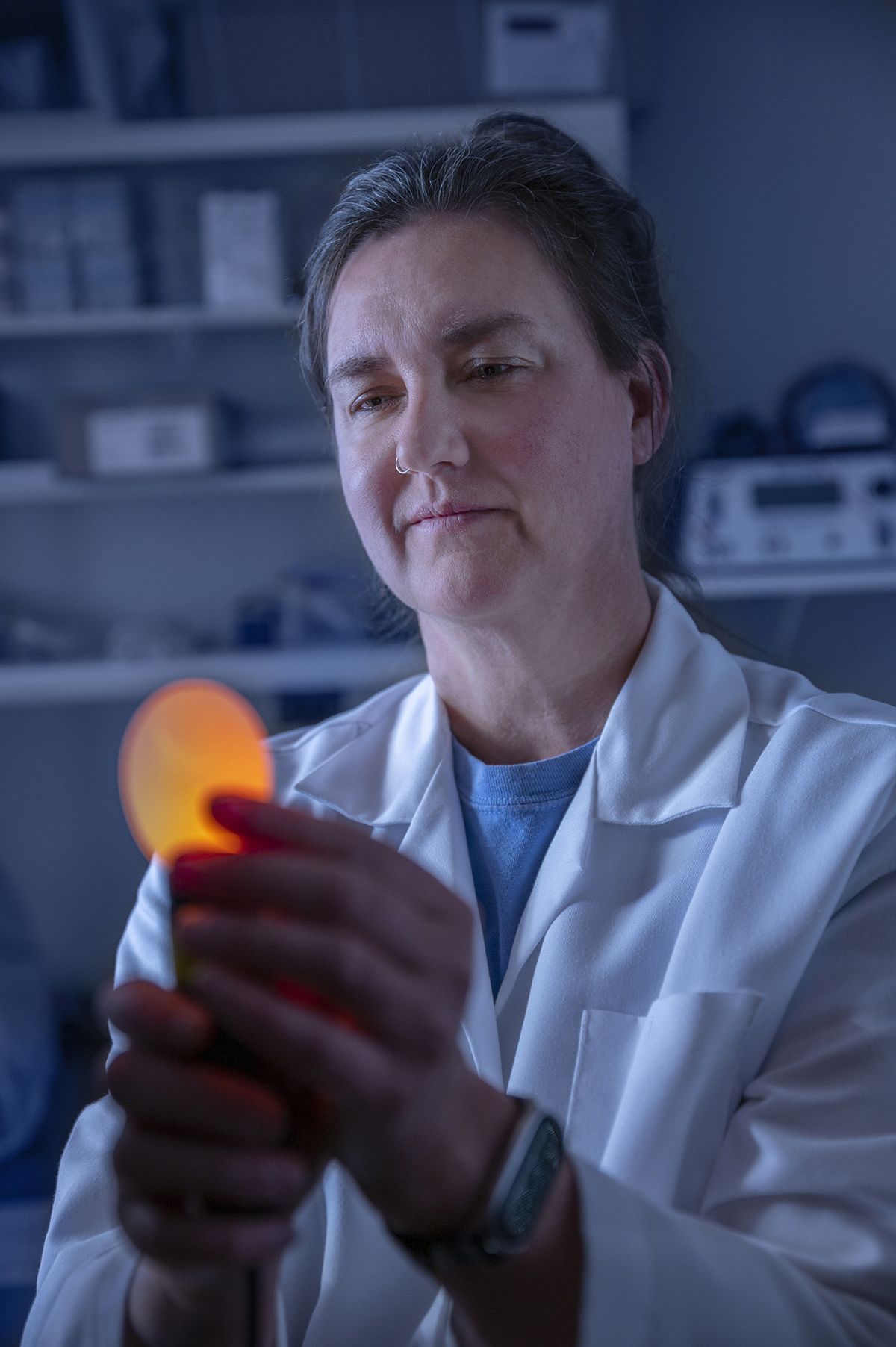 On Nov. 15, 2021, the Powers’ great-granddaughter, Kylie Bruce, a master’s degree student in the Department of Poultry Science at the University of Georgia’s College of Agricultural and Environmental Sciences, recounted her great-grandparents’ story at the groundbreaking for a new, technologically advanced Poultry Science Building on the Athens campus.

“Our industry has improved because of research, teaching and Extension work done by UGA poultry scientists,” said Bruce, who earned her bachelor’s degree in poultry science in 2021. She plans to continue her family’s business on the same land where her great-grandfather built that first poultry house. “As the fourth generation to live on my family’s farm, I hope this new facility will bring developments that further strengthen Georgia’s poultry industry so that my great-grandchildren will also get to be a part of feeding the world one day.”

Slated for completion in fall 2023, the $54.1 million Poultry Science Building will be a centerpiece of the university’s recruitment effort for new talent in poultry science. In addition to classroom and research facilities, new state-of-the-art learning labs will bolster traditional classroom instruction with production courses, demonstration spaces and field-learning programs.

Funded through a public-private partnership, the Poultry Science Building campaign has received $27.1 million in funding from the state of Georgia for planning, construction and equipment.

Lead gifts from Southeastern Minerals, led by President and Chairman Alec Poitevint II, a UGA alumnus and member of the Poultry Science Building Committee, kicked off the private campaign. Combined with robust support from industry, alumni and other donors, the campaign has raised approximately $9 million toward the goal of $27 million in private funding for the project, said Mary Ann Parsons, senior director of development for CAES.

“There are a number of partner opportunities available that will create the gathering areas, hands-on teaching labs and research space necessary to train the next generations of poultry science leaders,” Parsons said. “Naming opportunities start at $25,000 and will help us transform the future of the poultry industry.”

To learn more about the Poultry Science Building and ways to support the project, visit poultrybuilding.caes.uga.edu.

Flagship gifts to the project include: