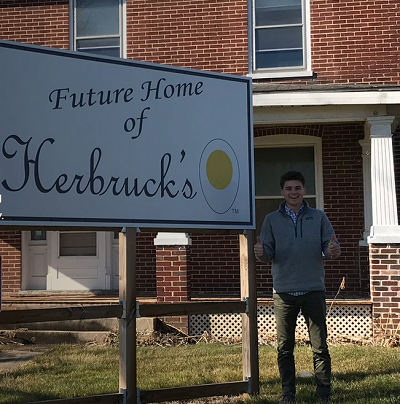 The Blue Springs final land development plan has been approved and the project will result in more than $100 million in economic investment in Franklin County, Pennsylvania.

“We are thankful to the community for seeing the extensive economic and infrastructure benefits of this plan, and for welcoming the Herbruck family to Pennsylvania,” Greg Herbruck, president of Herbruck’s, stated in the release.

“This project has been a long time coming and will greatly benefit this community and its residents by providing jobs and infrastructure improvements and spurring economic investment.”

Herbruck’s expects to begin production at Blue Springs in mid-2022. It is preparing the 335-acre site with the first phase of the farm including four barns, an egg processing plant and a hen litter pelletizing/storage building.

“DHM is proud to be part of the Blue Springs project because it will bring significant investment in our local economy, which will feel the ripple effect of this development throughout the region, including hundreds of jobs,” DHM President Kirk Martin stated in the release.

“As a fourth-generation family business, we understand the importance of hiring from the local community and contributing to the local economy,” Herbruck stated.

“We are excited to involve Mercersburg residents in this project and continue contributing to and volunteering with local organizations.”

Herbruck’s first approached the Mercersburg community about its plans in 2016. More information about the project can be found on Herbruck’s website.