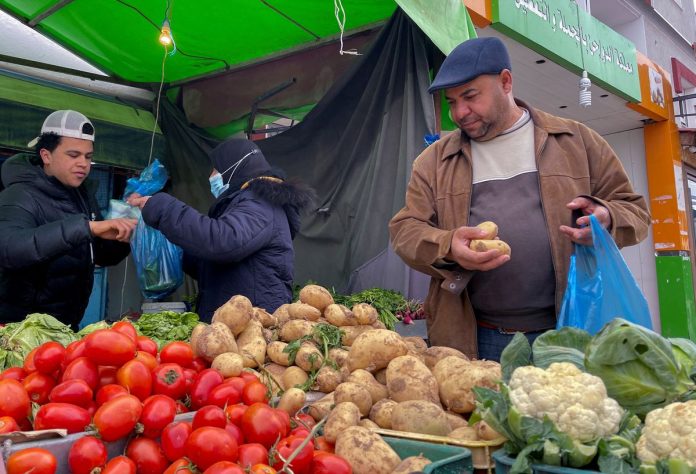 Tunisia will raise the prices of some foods including milk, eggs and poultry this week, the agriculture minister said, following protests by farmers against a jump in animal feed barley prices due to the war in Ukraine and an increase in energy costs.

Unions warn that the wave of repeated price increases and a fall in purchasing power amid a severe economic crisis could lead to protests the authorities may not be able to control.

Last month, the government also raised the price of fuel by 5%, the third hike this year.

Tunisia will raise local fuel prices every month this year by no less than three percent, an official in the energy ministry told Reuters last month, which may mean an increase of at least 30 percent by the end of 2022.

In the past two days, farmers in several areas protested at the high cost of animal feed, some cutting roads, while others poured milk in the streets and threatened to cut production.

“We will announce on Thursday May 12 a price review for eggs, poultry and milk to ensure the profit margin for producers,” Agriculture Minister Mahmoud Elyess Hamza said on Wednesday.

“The Tunisian consumer must support the Tunisian farmer, because the farmer is a pillar of Tunisian food security in this delicate situation around the world,” he added.

The country, in a deep financial crisis, was badly hit by a rise in global wheat prices resulting from the war in Ukraine.

The impact of wheat and oil price rises on Tunisia’s budget will be slightly less than about $1.7 billion this year, Economy Minister Samir Saied told Reuters in March.